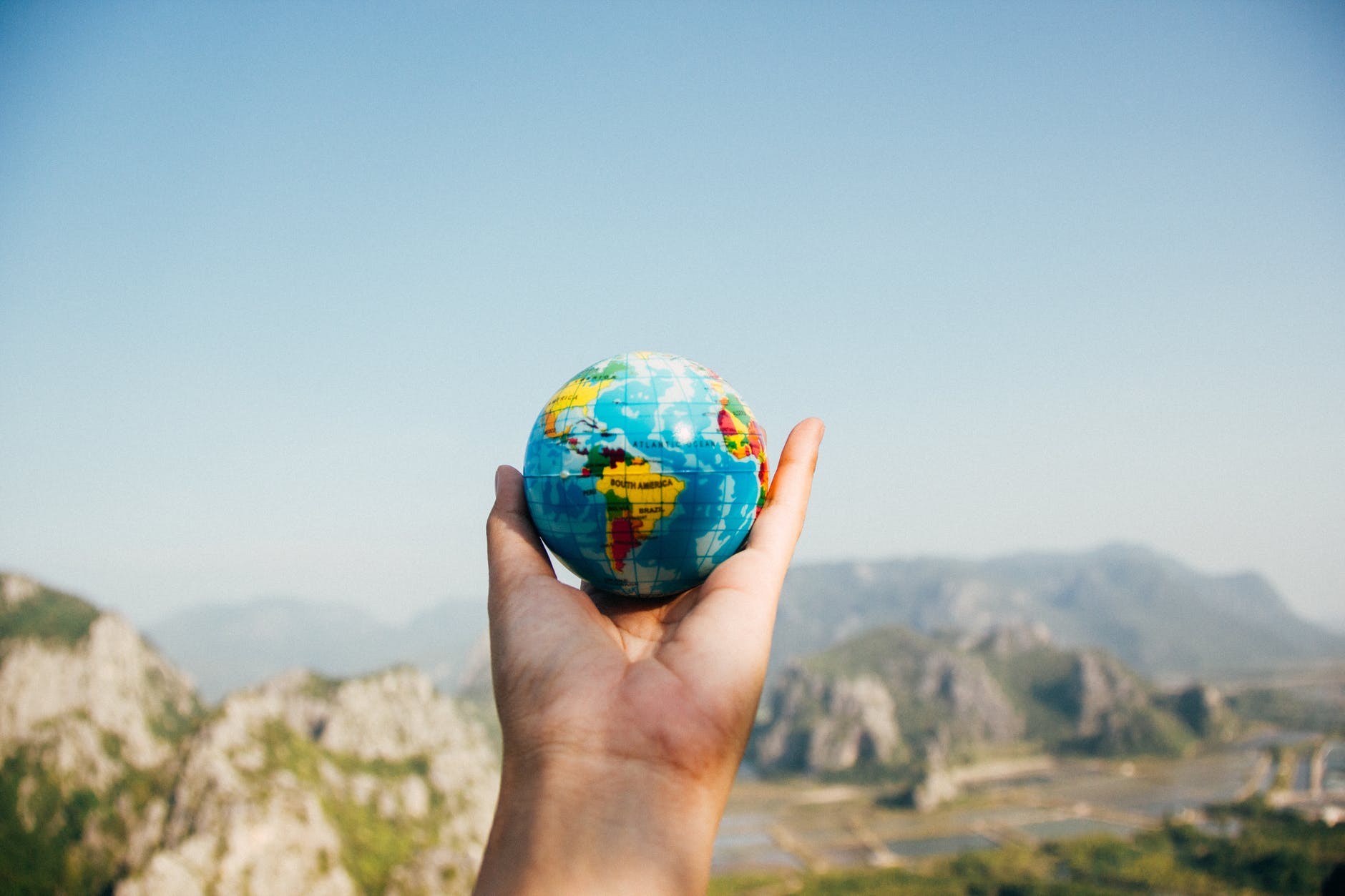 “It is not a finished Utopia that we ought to desire, but a world where imagination and hope are alive and active.” ~ Bertrand Russell

It’s easy to think the world is a pretty grim place right now. Last year saw bush fires, a pandemic and political unrest. And so far, 2021 isn’t much better.

The Germans have a word for the sense of melancholy many of us are feeling about the state of the world – Weltschmerz. Although it means world-weariness or world-pain, it also expresses the frustration felt about how things could be, versus the reality of how they actually are.

I’ve certainly been feeling like this – aware of how wonderful the world could be but dismayed that there is still so much injustice and pain.

But what can we do about it? It’s easy to feel powerless. There are plenty of books about improving our health, wealth and relationships, but what if we want to improve the world?

Fortunately, I’ve read a few books recently that have helped alleviate my Weltschmerz.

Your own superpower – giving effectively

The first book I read on this theme was Doing Good Better by William MacAskill. According to MacAskill, we have far more power to do good than we realise. He argues that for those of us working in richer countries, simply giving to charities operating in poorer countries can have a huge impact. The greater purchasing power of our money can multiply its impact when spent in places where just a few dollars or pounds could be life changing.

Not only does MacAskill make a strong moral argument for charitable giving, he also uses statistical analysis to measure the impact of different charities. The results are eye-opening; there are many well-meaning charities serving worthy causes which are ineffective and achieve just a fraction of what the best charities can. By giving to the most effective charities, you can ensure your donation will do the most possible good.

MacAskill and his team have crunched the numbers to identify these charities – all you need to do is choose those you want to support.

A vision for the future?

Another source of optimism is Utopia for Realists by Rutger Bregman. Whereas MacAskill provides the information to allow you to have an immediate impact, Bregman sets out a broader vision for how society can organise itself.

Bregman points out that for most of history, life was bleak for nearly everyone; it’s only in the last few generations that most people (at least in the developed world) enjoy a relatively safe, prosperous and comfortable life. Today, we live in a world where far fewer people go hungry and die from preventable disease. There are still discrepancies between rich and poor, but extreme poverty has been greatly reduced and global life expectancy has doubled since 1900. We’ve never had it so good, yet comfort may be denting our desire to aspire to even greater heights. Bregman believes we should recognise how lucky we are without ignoring how much more there is still to do.

“It is not a finished Utopia that we ought to desire, but a world where imagination and hope are alive and active.”

Bregman identifies three main ways for society to thrive: a universal basic income, a shorter working week and the eradication of poverty.

The first is sometimes controversial – many people think a universal basic income is a radical idea which will result in the masses stopping work and lazing about all day. Yet Bregman draws upon historical evidence of when this idea has been trialled with great success. People don’t stop working and there are many benefits: crime decreases and health and educational outcomes for children improve. Some might fear it would be expensive, but it’s better to see it as an investment. Lifting people out of poverty means much less money needs to be spent on treating the symptoms of poverty, such as crime and poor health. Prevention is cheaper than treatment.

Bregman does a wonderful job of painting his vision of how society can improve; he recommends that people organise movements, joining together with like-minded individuals.

Learning from the best

The third book I read was the excellent Solved: How other countries cracked the world’s biggest problems (and we can too) by Andrew Wear. Like Utopia for Realists, the book looks at how to make a better future at a societal level. While Bregman looks more at the broad economic structure, Wear examines how to tackle specific issues. With the eye of an experienced public servant, he identifies ten problems facing the world (including education, gender equality and health) and selects countries which are leaders in each of these fields. He then explores how they have achieved such impressive results, and how this can be replicated in other countries.

Wear mixes detailed statistical analysis with insightful interviews and anecdotes. When so much of politics is negative, selfish and insular, it’s refreshing to read a book that is so open to learning from others. Anyone who has visited a country where things are done well will know how frustrating it is to return home and lament – why can’t they do that here?

I’ve certainly experienced that feeling when I’ve spent time in the Nordic countries, and I was pleased to see that they are well represented in the book.

Wear passionately believes that positive change is possible through better government policy. For those involved in government in any shape or form, this offers an invaluable blueprint of how things can be done better. While this might seem inaccessible for those of us removed from the corridors of power, it gives a wealth of information for assessing where to cast your next vote and for demanding more from our elected officials. Like Bregman, Wear also advocates getting involved at a local level to bring about the changes you want to see in the world.

While the three books are very different, they are united by a sense of optimism that things can be better. MacAskill helps you maximise the impact of your giving; Bregman inspires you to imagine a world organised to bring about greater happiness and equality; and Wear offers detailed case studies of how different countries have managed to solve some of the most pressing issues facing the world.

If you want an antidote to Weltschmerz, I highly recommend these books.