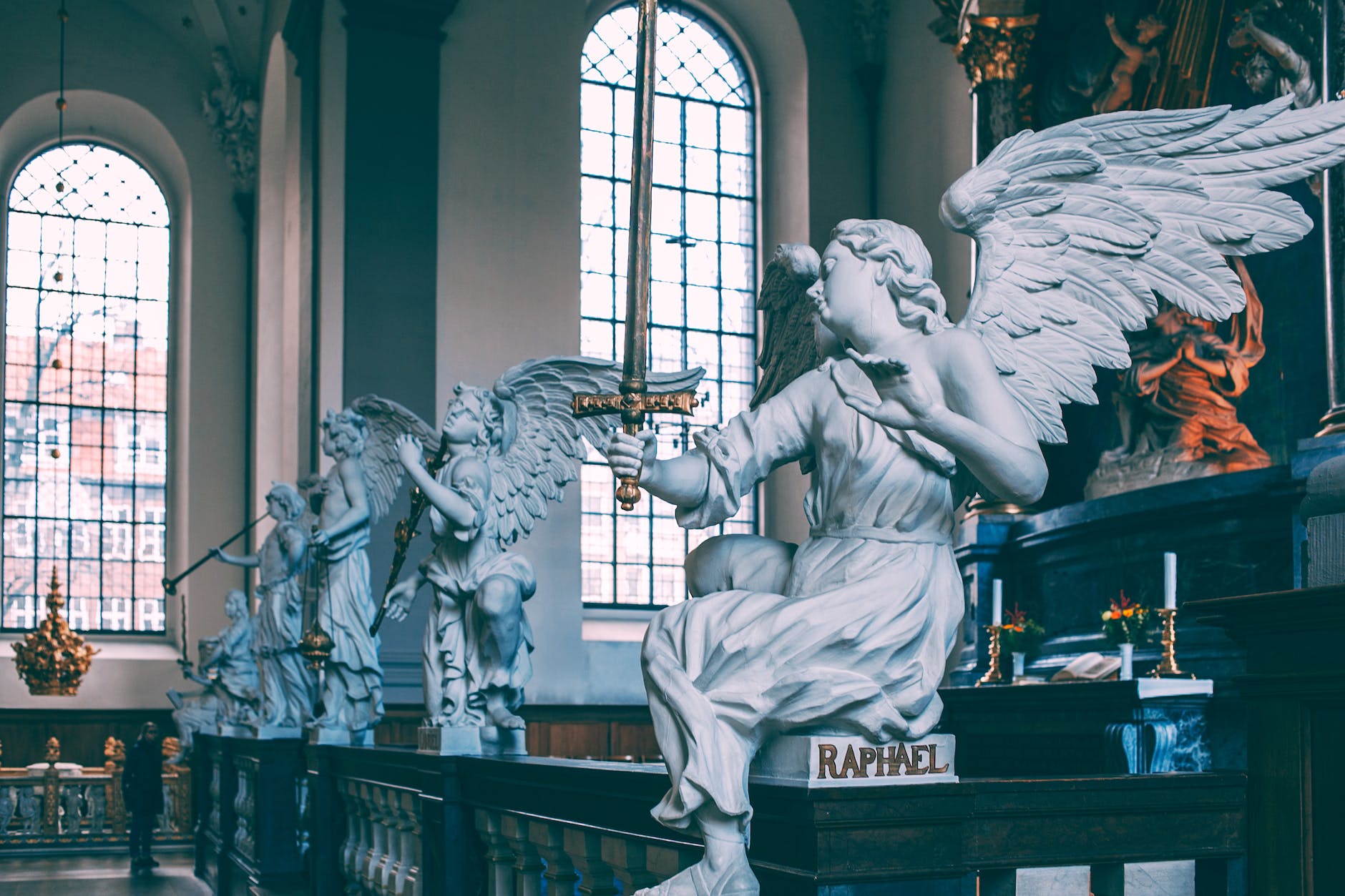 Janice Hallett ~ The Mysterious Case of the Alperton Angels

Everyone knows the story of the Alperton Angels: the cult-like group who were convinced one of their member’s babies was the anti-Christ, and they had a divine mission to kill it – until the baby’s mother, Holly, came to her senses and called the police. The Angels committed suicide rather than go to prison, and Holly – and the baby – disappeared into the care system.

Nearly two decades later, true-crime author Amanda Bailey is writing a book on the Angels. The Alperton baby has turned eighteen and can finally be interviewed – if Amanda can find them, it will be the true-crime scoop of the year, and will save her flagging career. But rival author Oliver Menzies is just as smart, better connected, and is also on the baby’s trail.

As Amanda and Oliver are forced to collaborate, they realise that what everyone thinks they know about the Angels is wrong, and the truth is something much darker and stranger than they’d ever imagined.

As someone who strongly considered a career as a detective, I love a good bit of sleuthing.

Janice Hallett is an author I read for the first time in January this year. Since then I have devoured all three of her books, identifying red herrings, scrutinising documents and trying to figure out the truth.

The Mysterious Case of the Alperton Angels continues in the same vein as The Appeal and The Twyford Code, providing readers with access to the same clues as our narrator(s) and allowing us to be immersed in the crimes and mystery.

Alperton Angels is ‘written’ as mixed media, with transcripts, WhatsApp messages and excerpts from books and scripts for us to mull over. As a concept, it may not be for everyone, but I love it. Anything immersive where I can be involved (just ask my other half about the Sherlock Holmes event) and I like to think I rise to the occasion.

And yet, Janice still manages to throw me off the scent. The stories are so intricate that I am in awe of how she manages to put it all together, weaving multiple stories and decades together, culminating in a conclusion that is realistic and clever.

Part of the brilliance for me is that Janice creates so many types of content (including a YA book and a film script), which all perfectly capture the characters’ personalities. These are all a different style of writing, so being able to seamlessly incorporate these and use them to tell a story is to be applauded.

Although our protagonist Amanda is the key character, it was Ellie to whom I was drawn. Her role in transcribing Amanda’s stealth interviews might seem dull, yet she adds little notes and comments throughout, providing us with a clear view of her personality. She is relatable, fun and intelligent. In contrast, Amanda is ruthless, brusque and has zero qualms in her relentless pursuit of the truth. This works really well with the story as Ellie picks up on different things within the recordings, due to her fresh perspective and this almost missible detail really adds to the credibility of the findings, because often it is a chance remark or passing comment that leads to an epiphany.

This book seems much darker than the other two, as we are thrown into a world of cults, corruption and scandal. It feels edgier, with more foreboding and anticipation as we try to piece together the puzzle against the clock. As we sink into the underworld of the Angels and the police, we are offered alternative viewpoints and memories, that further hinder us from finding the truth. But, aside from the sleuthing, there is always an invitation to question the morals that society upholds, and to seek another truth that is closer to home.

The ending took me entirely by surprise and I was left perplexed and blindsided. This book is exceptionally clever, well-written and thought-provoking. I loved it.

Thanks to Viper Books for my proof copy. Opinions my own.